5 Things Google Could Learn From Bing

Google is the king of search, there’s no denying that, but when it comes to new and innovative search engine features, Bing is doing pretty well.

Here are some of the most popular features of Microsofts new search engine. 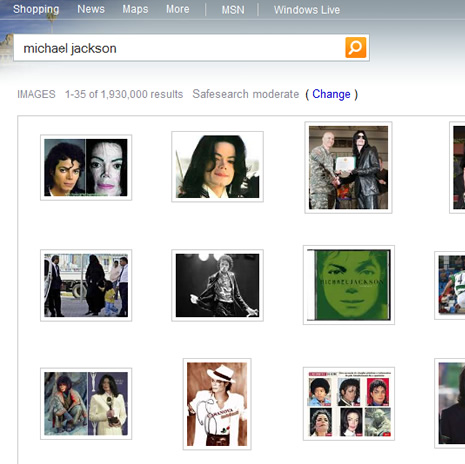 The ability to scroll endlessly for images may seem an insignificant one but not having to click onto the next page for another batch of images could potentially save a lot of time. Even if you were to scroll through 3 pages of images a day, that’s over 1000 clicks a year saved by infinite images! 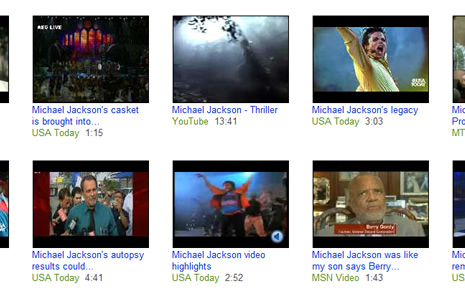 This one has caused a little bit of controversy in the web world, not just for potentially giving kids access to pornography, but for practically stealing some websites traffic. Previewing a video could do away with the need to visit the hosting site altogether, which has inevitably enraged some website owners. 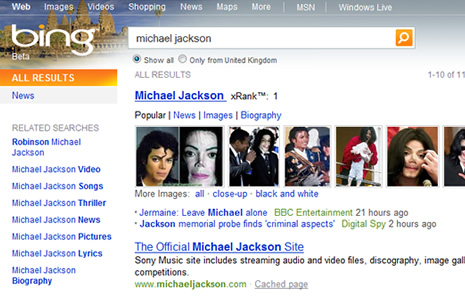 Although this is a basic feature of Google’s, Bing takes it one step further with suggested related keywords for every search term and placing it right next to the first set of search results meaning users will see this right away. 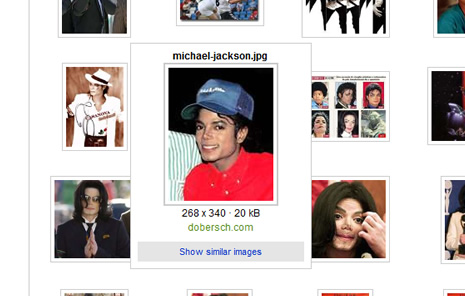 A great feature of Bing is the ‘Show Similar Images’ option on the image search page. This feature gives you instant access to images that resemble the one you choose, this stretches to similar body stance and colouring when testing it on images of people and can be used to search for particular types of images such as illustrations or maps. 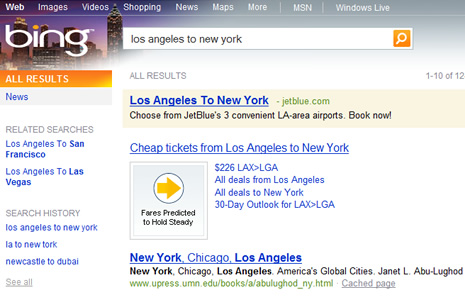 Although only available for those residing in the USA, Bing offer a great advanced flight and hotel service (mainly down to Microsoft purchasing Farecast in 2008). This feature offers in-depth flight information and acts as Bings very own travel company microsite.

While the features above aren’t going to drag people away from Google in their thousands, they certainly are useful features as opposed to the mainly aesthetic ones on the new Yahoo homepage that we spoke about yesterday.