Connecting the World to the Internet: Google's Project Loon 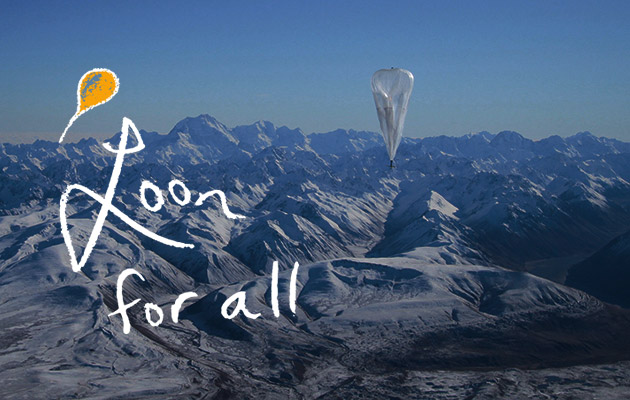 Google has revealed that it is now able to launch 20 balloons a day as part of its Google Project Loon – a project designed to bring internet access to rural and remote areas of the world.

“The Internet is one of the most transformative technologies of our lifetimes. But for 2 out of every 3 people on earth, a fast, affordable Internet connection is still out of reach. And this is far from being a solved problem.”

Google then started out on its mission to connect everyone to the internet, no matter what their location, and to try and help with communications in remote areas after natural disasters. They released their first Loon Balloon into the stratosphere in New Zealand last year. Since then, the project has come on leaps and bounds, with Google now stating that they are capable of releasing 20 balloons a day. They have also developed the balloon’s manufacturing process, with the balloons now lasting up to ten times longer in the stratosphere compared to last year.

Another example of how much the project has improved since its start is the ability of the balloons to reach their target destination – one balloon came within 1.5 km of the target destination over a flight of 9,000 kilometres – purely through Google correctly predicting and sailing with the stratospheric winds.

How Exactly Does It Work?

Since the project began, the Loon balloons have travelled a huge 3 million kilometres through the stratosphere. The record of the longest lasting balloon in the sky currently stands at 130 days – a record which Google are confident they will break soon with the company releasing more, improved balloons on a daily basis. Whether they will achieve their ultimate goal of connecting everyone on the planet, remains to be seen.