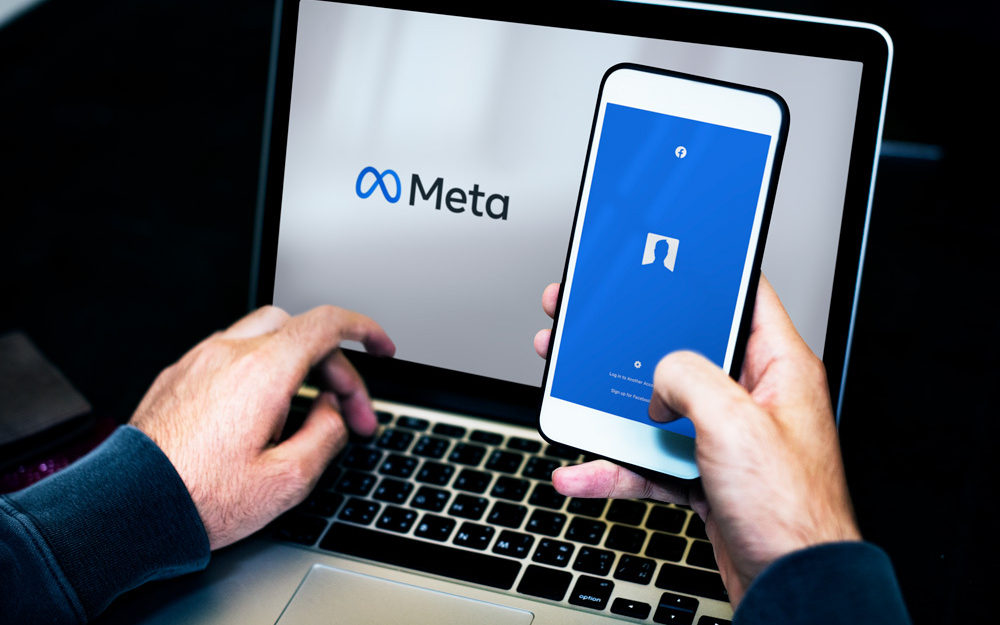 First and foremost, let’s clarify that it is the parent company name Facebook that will be undergoing this major rebrand and name change. The individual social channels owned by Facebook, such as Facebook and Instagram, will not be changed.

So, why change the name? And why call it ‘Meta’?

Zuckerberg himself claims the brand change comes as a result of Facebook expanding the scope of its services from social networking sites to other areas, such as virtual reality. The name ‘Meta’ (from the Greek word meaning ‘beyond’) is said to better reflect the company.

He aims to use the Facebook platform to build a ‘metaverse’; an online hub for users to communicate, work and game in a virtual landscape. The metaverse is also said to feature further developments and the use of VR headsets. To find out more about what a ‘metaverse’ is, read this.

Critics believe the company rebrand has come about after a series of negative stories surrounding Facebook have surfaced. Facebook’s reputation has taken several hits, including withholding information about the covid vaccine. Read more on this here.

What does this mean for us?

Some believe the metaverse could be the future of the internet; connecting to individuals through VR headsets and communicating across a vast range of digital channels. It is proposed this new form of digital communication will impact many aspects of our lives including work, concerts, shopping, plays and socialising.
As a result, it would be naive to not consider that this new player in the digital sphere will have an impact on our current use of social media.

However, Zuckerberg was clear that the metaverse is a long term goal and the end product has not yet been created.

Plus, with Facebook having such a monumental standing in society, are people going to be quick to forget its name? Especially considering Facebook, the networking site, is remaining the same.
Consider Google. In 2015 Google renamed its parenting company Alphabet, allowing Google to branch out into other technological areas. But it’s surprising how few refer to or even know about Alphabet. Will this become the case for Facebook and Meta too?

What are your thoughts on Facebook’s rebrand? And what does the future hold for Meta?