We launched Jumpstart on Tuesday (5th of May) and since then the website has began to pick up a fair bit of kudos in the design community, namely from two juggernauts of the web world in creattica and css mania.

Creattica featured the site in it’s CSS Websites section and it’s currently sitting near the top of the daily top rated list.

We were also very pleasantly surprised to find the Jumpstart website featured on CSS Mania, one of Union Rooms favourite CSS galleries! On top of the site being featured, we also received a nice little ‘loved’ logo on our screenshot which means that the site if one of CSS Mania’s favourites, which is a great compliment! 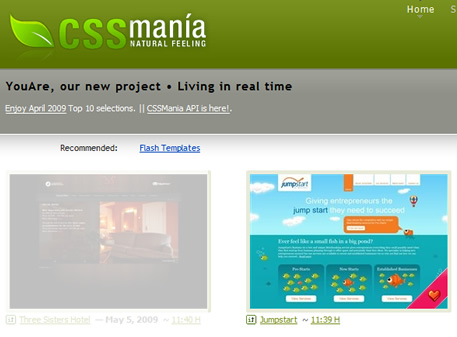 Hopefully the site can go on and get some more recognition in the future.