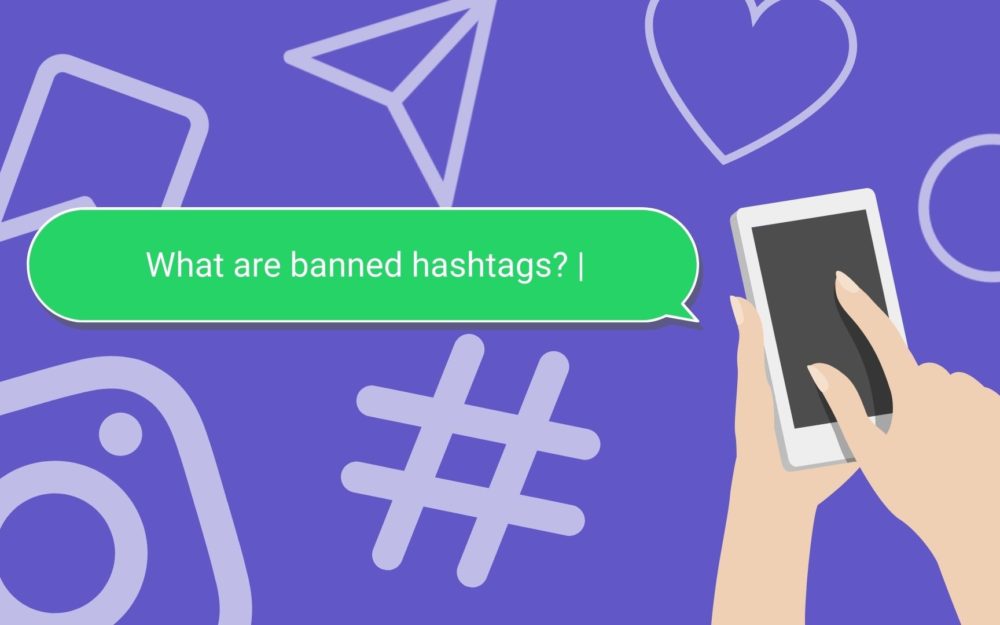 Since the hashtag was first created in 2007, the impact it can create for your social media has evolved and grown into a divisive marketing tool that can help you grow and even debunk your social media campaign.

Where many businesses can go wrong in their Instagram campaigns is when they throw hashtags into posts as an afterthought, not thinking about how those hashtags will perform or whether they are in fact using banned hashtags. This is why we always recommend having a hashtag strategy, and monitor which hashtags you are using.

Using a banned hashtag can derail your entire social media marketing plan. If you are using a large number of hashtags in your Instagram growth strategy but have found your account hasn’t seen much or even any growth, you could be unknowingly using banned hashtags.

What are banned hashtags?

Banned hashtags are hashtags that Instagram has basically deemed as bad, and why Instagram views them poorly is all down to reported posts. When users report posts that go against Instagram’s guidelines, Instagram reviews those posts including the hashtags used in them, which can lead to Instagram subsequently banning them.

This means that any post that then uses the banned hashtag will be instantly hidden, which in turn will only hurt your organic post reach and page growth efforts. Unfortunately, as banned hashtags are always changing due to new Instagram community reports and post investigations, Instagram does not actually publish a list of the currently banned hashtags. But thanks to social media forums- and blog posts like this- you can now easily find out which hashtags are banned!

What kind of hashtags are banned?

Banned hashtags can vary from the obvious, such as vulgar phrases or words, to some that are so innocent you would never suspect. However, to put it simply it all depends on what posts get reported by the online community and what hashtags those reported posts include.

Some of the currently banned hashtags are ones you wouldn’t necessarily expect, like #valentinesday, which as you can imagine has caught many people out when they have run Valentine’s Day campaigns. One way around using certain banned hashtags like this is to simply modify them, for example, #ValentinesDayCelebration would still be ok to use.

If you are concerned you are using banned hashtags unintentionally, click here to view our handy list of currently banned hashtags and see if you’ve used any of them recently. If you have an Instagram post that didn’t perform well and used one or more of the listed hashtags then this could be your answer.